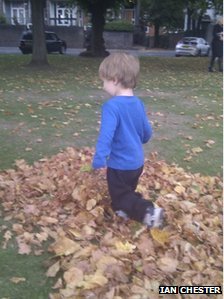 Or its reputation for rudeness. But the City of Light, one of the most visited cities in the world, has been knocked off its perch as best city in the world by London and Sydney in a new index released this week. According to the latest edition of the Anholt-GfK City Brands Index which measures a citys brand image, power and appeal, Londons stock has gone up in the world as it took the top spot in the biennial ranking. Possible reasons could include the fact that the city continues to bask in the afterglow of a successful Summer Olympic Games and has maintained a presence in the international spotlight with a string of historic milestones that include the Queens Coronation ceremony and the highly anticipated birth of a new royal with the arrival of Prince George. London also took the top spot as the city where individual cultures are appreciated and where foreigners can “easily fit in.” The Aussie capital of Sydney, meanwhile, enjoys a stellar reputation around the world for being the safest and friendliest city. The City Brands index measures the value of a citys international reputation across six dimensions: its international status and standing; esthetic; a category called pre-requisites such as affordable accommodations and the standard of public amenities; people; pulse (interesting things to do) and its economic and educational potential. More than 5,140 interviews were conducted in Australia, Brazil, China, France, Germany, India, Russia, South Korea, the US and the UK for the index. And while Paris was able to take the top spot in the category of Pulse, where the city failed to crack the top 10 ranking was in categories such as Friendly People and Safety. This summer, in a bid to shed their longstanding image of being rude and surly, the citys chamber of commerce published an etiquette manual for Parisian restaurateurs, taxi drivers and sales staff on how to welcome international tourists. …despite its indisputable charm, the capital has work to do when it comes to welcoming visitors, the chamber admits. And earlier this year, high-profile muggings of Chinese tourists robbed of their passports, plane tickets and cash shortly after landing in Paris tarnished the citys image, as did footage broadcast worldwide of soccer-related riots which broke out not far from the Eiffel Tower. Meanwhile, other notable movements on the index include Tokyo, which suffered a 7-spot drop from tenth place in 2011 to 17th place in 2013. Amsterdam, meanwhile, shot up the ranks from 17th spot to 11th position this year.

RIVER INCIDENTS 1610: Metropolitan Police Marine Policing Unit tweets: It’s a busy day on the river, Marine 2 have dealt with a vessel collision near Putney and Marine 3 assisting a boat at Greenland #staysafe TRAVEL 1559: The M25 anticlockwise will be closed from J6 Godstone to J5 M26 from 22:00 tonight until 06:00 tomorrow. Traffic will be diverted via the A22 and A25. GREENPEACE ACTIVIST 1544: Musician Damon Albarn and actor Jude Law have been protesting outside the Russian Embassy in London against the detention in Russia of Greenpeace activist Frank Hewitson, VIDEO: ‘COURIER SCAM’ 1533: A so-called courier scam involving people being persuaded to hand over their bank cards to criminals has lost victims more than 3m since 2011 . New figures from the Metropolitan Police show that 2,967 people in London were targeted from January 2011 until September 2013. FOOTBALL 1517: Tottenham captain Michael Dawson has signed a new three-year contract with the White Hart Lane club. Dawson, 29, almost joined QPR in August 2012 after Andre Villas-Boas took over as Spurs manager. FLYING HIGH 1500: A former nurse from St George’s and Queen Mary’s hospitals has landed her dream job – on board a flying hospital, This Is Local London reports. Angela Purcell, who used to work as a senior staff nurse in both Tooting and Roehampton, has been appointed head nurse of the Flying Eye Hospital, the paper says. VIDEO: FAVOURITE VIEWS 1445: What are your favourite views? Simon Jenkins from the National Trust reveals his favourite 100 views in England . LULU GIG 1424: Shout singer Lulu performed her first concert in 10 years at Under the Bridge at Stamford Bridge last night. MICE HOT SPOTS 1410: Hackney has been named as the fourth worst hot spot for rodents in the country and the second worst in London according to a national survey, the Hackney Gazette reports. 1357: BBC London Travel tweets : A2 nr the Black Prince – Looks like there’s been a collision Northbound and it’s now congested in both directions. Awaiting further info – P THE COUNSELLOR 1339: Actor Javier Bardem, actress Penelope Cruz, director Ridley Scott and actor Michael Fassbender were at London’s Dorchester Hotel last night to promote their new film The Counsellor. 10 THINGS 1325: Did you know dolphins like Radiohead?

Is London Big Enough For A Second Startup Hub?

Shoreditch [in the east] has become very, very expensive. Hills solution to rising real estate prices would be familiar to generations of big city dreamers with limited resources move further out to the neighborhood no one else wants yet. Hills co-founder James King also runs the incubator Find Invest Grow (aka FIG), so Hill took his company to their newly minted office space across town. Around September last year a piece of land became available behind Westfield [shopping center in West London]. There was a bunch of warehouses back here, and so we took over the whole warehouse and turned it into our own West London incubator that houses a whole host of different businesses. Having our own four walls was good, he explains. The Advantages Of Heading West This location in FIG Village has other advantages besides a simple set of walls. A lot of the companies we work with are actually out West. If you look at where Cisco, where Microsoft Microsoft , where the big B2B tech is, its actually out this side of town, as is Discovery Channel, Sky and the BBC, Hill says. Wazoku, which provides an internal idea generation and management platform for the BBC has clearly benefited from this proximity. But has being away from the East London tech action created other hassles for the fledgling company? Quite the opposite, claims Hill.

Banksy is the name that everyone knows, so famous that his wall paintings are cut from the brickwork and sold to merchant bankers, or protected behind sheets of acrylic glass. Stroll around backstreets to see street-savvy talent using the East End brickwork as their blank canvas. Flower power Buckingham Palace in spring. Photo: istock There was a time when the words “London” and “cuisine” were rarely heard in the same sentence, but the current London food scene is an excitement machine, sucking in food influences, chopping and dicing them and coming up with a style all its own. Ottolenghi is leading the Middle-Eastern renaissance, while style icon Zuma, in Knightsbridge, has introduced London to the pleasure of Japan’s informal izakaya style of eating and spawned such sassy imitators as Australian Ross Shonhan’s Flesh & Buns, following hot on the heels of Bone Daddies, his rock’n’roll ramen joint. Another Aussie carving out a slice of the London pie is Brett Graham. His Notting Hill restaurant, The Ledbury, has two Michelin stars and is in 13th spot on the S. Pellegrino 2013 World’s Best Restaurant list. And under the railway arches in Bermondsey, the weekend Maltby Street Market is fomenting a food revolution and London’s Indian restaurants out-India India. The capital is also the stronghold of some of the most marketable names in the food business (think Heston Blumenthal, Jamie Oliver, Gordon Ramsay and Marco Pierre White), and last summer saw a stampede in the direction of gourmet fast-food joints, rooftop pop-up bars, night food markets and street food vendors and the prices are miraculous. Sharp shooter the statue of Eros at Piccadilly Circus. Photo: Getty Images So London, I’m wise to you now. You’ve been missing from my life and it’s been my loss and it won’t be long before I’m back.