Timberlake’s album, The 20/20 Experience 2 of 2, had led midweek sales by just 28 copies but was overtaken by Californian sisters, Haim. In the singles chart, OneRepublic’s Counting Stars claimed victory from The Vamps’ Can We Dance. The Official Charts Company said it was “the closest race of the year”. Ryan Tedder’s band OneRepublic secured its first UK number one after rising two places, with just 1,150 copies standing between the two tracks. It is the first time Timberlake has failed to top the UK chart with a new album The debut record from Haim, made up of sisters Este, Danielle and Alana, had been eagerly anticipated since the band won the BBC’s Sound Of 2013 poll in January. Days Are Gone features their three hit singles Don’t Save Me, Falling and The Wire, which the band dedicated to Prime Minister David Cameron when they both appeared on the Andrew Marr programme on BBC One last week. It finished the week 2,100 copies ahead of the second instalment of Timberlake’s 20/20 Experience album series. The original album, which is still at number 33 in the chart, spent three weeks at Number 1 in March and was the star’s third consecutive UK number one album. Last week’s number one album – Mechanical Bull by Kings Of Leon – slipped down to three, with Arctic Monkeys’ AM static at four and Drake’s Nothing Was The Same down to five. Dizzee Rascal’s The Fifth enterted the album chart at number ten, while his new single Something Really Bad took the same position in the single’s chart. Biggest sellers Jason Derulo’s single Talk Dirty FT 2 Chainz dropped to number three with Katy Perry’s Roar in fourth and Chase & Status in fifth with Count On Me FT Moko. 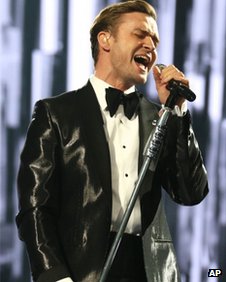 Intensive farming, sprawling urbanisation and climate change as well as an invasion of species and diseases from abroad are combining in a perfect storm to threaten Britain’s fragile natural environment. The State of Nature , a report compiled by a coalition of 25 conservation groups working together for the first time, warns that wildlife in the UK is under serious threat. Common species like the lesser spotted woodpecker, barbastelle bat and hedgehog are vanishing before our eyes. -Dr Mark Eaton,conservation scientist Its lead author, Dr Mark Eaton, a principal conservation scientist at the Royal Society for the Protection of Birds (RSPB), said: “This report reveals that the UK’s nature is in trouble – overall we are losing wildlife at an alarming rate. These declines are happening across all countries and UK overseas territories, habitats and species groups, although it is probably greatest amongst insects, such as our moths, butterflies and beetles.” “Other once common species like the lesser spotted woodpecker, barbastelle bat and hedgehog are vanishing before our eyes.” The report examined the distribution of 3,148 mammals, birds, insects and plants and found that 60 percent of species assessed have declined over the past 50 years – 31 percent sharply. It suggests that recent environmental changes are having a dramatic impact on the UK’s land and seas – putting some of the country’s most distinctive creatures in jeopardy. The hedgehog – once a familiar sight in gardens – is disappearing as fast as the tiger with a population decline since the the 1950s of more than 90 percent. Marina Pacheco, CEO of the Mammal Society, said: “It is astonishing to find that something so ubiquitous can suddenly be under threat. A large part of the problem for hedgehogs is over-development, with our cities becoming denser, more compact, providing less space for animals to move in. “Hedgehogs are under pressure from humans: it is the pressure of development that’s leading to their decline.” Decline across the board The State of Nature report indicates that the UK has lost in the region of 44 million breeding birds since the late 1960s, including millions of the skylarks that herald the spring dawn. Among butterflies alone, 72 percent of species have declined over the last 10 years, and the total number of larger British moths fell by 28 percent between 1968 and 2007. Some native species, such as the stumbling bumblebee are now critically endangered by pollution, the loss of insect-friendly plants in gardens and climate change. Seven out of eight species of the distinctive British ladybird have been declining rapidly since 2001 as the invasive Asian harlequin species has colonised the country. Wildlife in Scotland is considered particularly at risk, with five out of 12 seabird species in serious decline and growing fears that wildcats could become extinct within a few years. Since 1996, harbour seals in Scottish waters have declined by 31 percent.